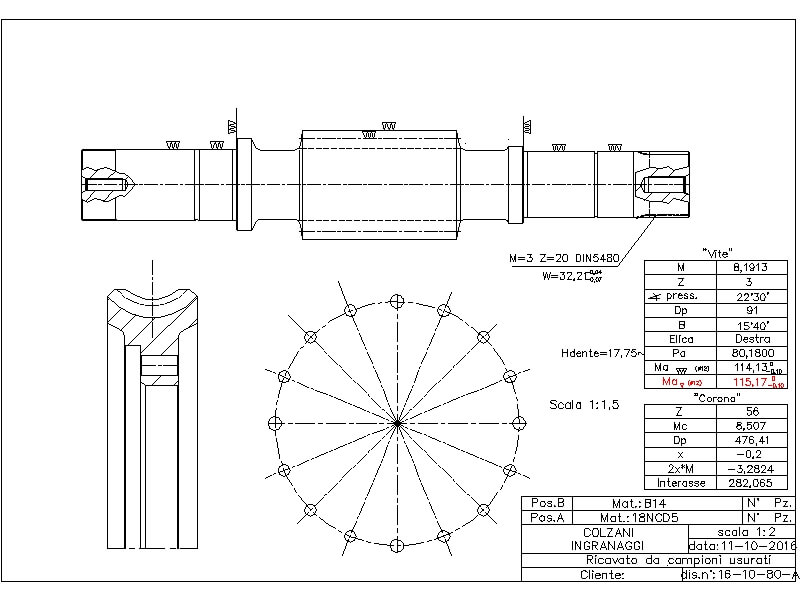 Worm drives are gear arrangements in which a worm screw meshes with a spur gear, a.k.a. worm gear or worm wheel. They are used on shafts with non intersecting, perpendicular axes when a considerable reduction of speed in the driven shaft is called for. The worm can turn the gear, but the gear cannot turn the worm.

The transmission ratio is determined by the number of starts (a.k.a. threads) of the worm and number of teeth on the worm gear. For example, if the number of starts is one, the wheel moves by one tooth at each turn of the worm. (In other words, each 360-degree turn of a single-start worm advances the gear by one tooth.). Worm gears are powerful speed reducers that can overcome tremendous resistance with little effort.

Efficiency, on the other hand, is lower than with other gear types because of the friction of the teeth of the meshing gears as they slide past each other, causing fatigue – i.e., wear and tear – that needs to be addressed over time.

Discover all our products